HomeLifestyleHow to Not Let Intrusive Thoughts Control Your Life
Lifestyle

How to Not Let Intrusive Thoughts Control Your Life 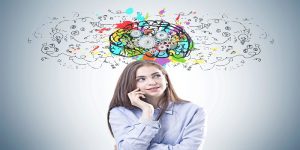 You’re probably aware of intrusive thoughts if you or someone you know suffers from obsessive-compulsive disorder (OCD). These are the undesirable, stress-inducing ideas and cravings that appear out of nowhere and prevent you from thinking clearly or accomplishing particular tasks.

You might be late for an important appointment because you had to turn back three times to double-check that your front door was locked. Even though you know you locked the door the last time, your brain keeps reminding you that you didn’t. OCD is mainly defined by intrusive and compulsive thoughts.

Anyone can experience intrusive thoughts about hurting a baby or child, doing something violent, death or cremation ceremony, serious illness, etc. Intrusive thoughts have the ability to take control of your life. There are, however, ways to begin battling negative notions. You can find a lot of relief with a little time, patience, and effort.

What are intrusive thoughts?

Intrusive thoughts are those that appear to be stuck in your head. Since the nature of the thought can be upsetting, they might be distressing. They may also recur frequently, exacerbating the problem.

Violent or distressing intrusive thoughts are possible. It’s possible that they’re sexual ideas, including fantasies. They might also be about acts that you find repulsive and unpleasant.

These thoughts, on the other hand, are simply that: thoughts. They appear out of nowhere and generate tension, but they hold no significance in your life. These aren’t any sort of warnings or red flags. They’re nothing more than ideas.

The fact that those who experience them become concerned about their importance is what gives them strength. People may grow fixated on them and ashamed of them, wishing to keep them hidden from others.

Intrusive ideas aren’t detrimental as long as you know that they’re only thoughts and that you have no desire to act on them.

Can You Control Intrusive Thoughts If You Understand Them?

Intrusive thoughts are classified as obsessions in OCD. They’re the recurring, unpleasant thoughts that don’t seem to go away. Worry, fear, relationships, decision-making, inappropriate acts, or violence may be at the root of them. The following are some signs and symptoms of intrusive thoughts:

Recognizing when you’re having intrusive thoughts is the first step toward regulating them. Mindfulness is one way that I’ve discovered to be really helpful in this regard.

For numerous years, I’ve been practising meditation. It started out as a way to relieve anxiety and tension, but as I’ve practised it more, I’ve discovered that meditation and the mindfulness it promotes has had tremendous effects on many facets of my life.

One of them is dealing with intrusive thoughts. Mindfulness allows you to pause for a second or two before acting on your thoughts. Basically, when you have an intrusive thought, you have the power to stop it, recognise it for what it is, and then dismiss it.

“Oh, I’m having a troublesome notion.” “This is just something that’s been on my mind.” Accepting it and recognising it for what it is – a thought – deprives it of its power over you and frees you.

So, you just realised you’ve got an intrusive idea and accepted it for what it is. So, what’s next?

PASS IT ON TO THE NEXT STAGE

This is the most crucial stage. When an unwanted thought arises, it is very easy to become engrossed in it. Let’s pretend you and your girlfriend are relaxing at home, watching your favourite Netflix show like nigam bodh ghat last journey . Her phone is ringing. She gives it a quick peek, takes it up, chuckles, and then responds to whoever it was.

Your mind jumps to the conclusion that she’s talking to another lover. You spiral down that deep, dark path, and your happiness and otherwise good relationship begin to suffer as a result. That was a lot of pressure.

Instead of becoming engrossed in your intrusive thoughts, you must learn to ignore them. The pop-up blocker technique, as we like to call it, is a good way to do this. Basically, when an unwanted thought enters your mind, acknowledge it, accept it, and then let it go. Allow your mind to wander to different topics. Find another way to occupy your mind if necessary. If you find yourself obsessing over an idea, utilise your mindfulness training to come to a halt, acknowledge that you’ve lost control, and then shift your focus away from it.

14 Ways to Stay Healthy with A Desk Job

How To Overcome In Social Media Addiction

How to Impress your Spouse Wearing Silk Nightwear?

14 Ways to Stay Healthy with A Desk Job