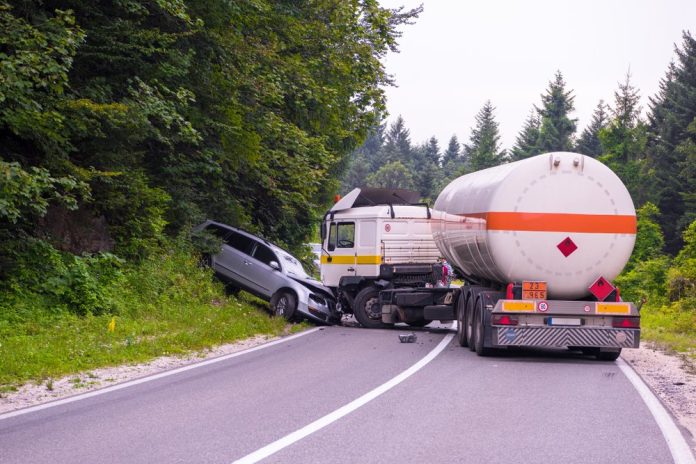 Car accidents are chaotic, but when a big vehicle such as a delivery truck or tractor-trailer is involved, it becomes a bigger mess. Accidents involving trucks can cause significant amounts of damage, and the injuries can become more severe. In situations like this, the question people ask is what could have possibly caused this accident, and how can we prevent these from happening in the future?

There may be situations where the truck driver is not responsible for the accident, but in the instances where they are, there is a multitude of reasons the crash happened.

The truck accident may have happened because the driver was distracted, such as being on their phone or eating. They could also simply be driving recklessly and speeding. Other times they may be struggling with fatigue while driving, which can result from not enforcing their break periods, so they get the proper amount of rest. Even though we always hope this does not happen, some truck drivers may be guilty of operating their trucks while under the influence of alcohol or drugs.

The weather could also play a factor, and the driver fails to adjust their driving to whatever the road conditions are. It could also be a sign of poor training from the trucking company on how to drive such a large vehicle properly. There is also the chance the driver has a faulty vehicle, and something stops working that contributes to the crash.

Even if the crash is ultimately the truck driver’s fault, there are a variety of steps a car driver can take to prevent a crash with a truck.

First and foremost, every driver should pay attention while driving, regardless of what other vehicles are around. Paying attention is the first defense against being involved in an accident. It is also a good idea to keep a good amount of distance from the truck since they take longer to brake and accelerate. Not only that, but it cannot maneuver as quickly or easily as a smaller vehicle, so the more space, the better. Trucks are large and heavy vehicles, so allowing more space is crucial for staying safe and preventing potential accidents. They also have more prominent blind spots, which lowers their visibility, so making sure a car is not in its blind spots can aid in avoiding a crash. It is also better to pass a truck on the left instead of the right since the driver can see them better.

Sometimes, no amount of preventative steps can help avoid an accident. If an accident occurs, the best thing to do is to seek legal advice. Seek out a tractor trailer injury attorney so they can begin the process of determining who is liable. With so many possible causes, it may be overwhelming to go through the legal process, but it is good to determine if there is a chance for compensation.

Being involved in an accident with a large truck is unfortunate, and figuring out the cause of the crash can help prevent them in the future and also aid in determining the potential compensation for those affected.