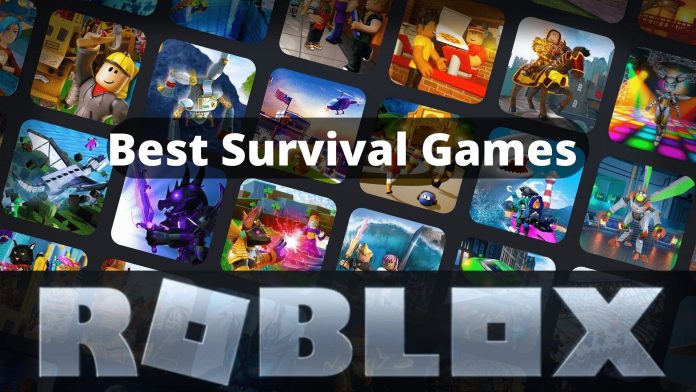 Survival Games are becoming the most trending games this year. Usually, people love to play this type of game on Roblox, as they can feel the gameplay.  We have created a list of the best top 12 Roblox Survival Games of 2022.   Roblox Promo Codes are released, and some of them already expired. We suggest you use them all as soon as possible, available at various online sources.

In this game, you must defeat all enemies that spawn in the area. Every round survives, kill and eliminate all of the monsters that keep you from living to the next round. You should pick up weapons around the area and save your dashes for when you are in a pinch. In this hot take of a survival game apocalypse rising going back to traditional survival games, this open-world zombie survival game has you working together or working against other players.

As resources are limited but so are the hands available to work, repair cars, slay infected, and watch out for rival groups trying to gather your resources. The apocalypse has passed but the survivors still need to rebuild civilization.

Unlike the previous game, this takes place in the mountains. After an experiment gone horribly wrong, zombies burst out of the lab and must take the hiding in the forest. The mountain scavenges for food and water, and search for the plausible weapons until you feel armed enough to go for more. You should have sturdy weapons even firearms just be sure when you encounter people, you give them a good eye who knows if they’re able to help or harm.

If you find yourself stranded against your will on this mystery aisle and you must start from nothing. Start to collect wood and stone to create rudimentary tools and begin your path to escape. Try and find the secret of the isle or ignore it completely and focus on trying to build the raft to get out of this haunting island.

It is every man for himself in this survival game, fighting against other players as they are also trying to survive in this messed up world. Gather guns armor and vehicles as you race to find a place you can call a safe haven even if it is only temporary.

Find yourself allies or make yourself known as a force of destruction posing as a lone wolf. All strategies and plans are good to go as there are no laws to hold you back anymore in this state of anarchy.

Based on the survival game forest you find yourself alone on an island, and your plane crashed somewhere deeper in. But it seems like you are here for the long haul so why not prepare for that and uncover the secrets that lie on this island. As you get deeper and deeper into its depths and find that another life exists deep down.

You mine for the oars that you need to make yourself a good weapon to survive for as long as you can because this island is more mysterious than you thought.

Run from the giants in the survival game to find hiding spots and pathways in this destructible map as the giants try to kill every player in the game. You should level up and acquire weapons through survival then once you and the other survivors are ready strikes back at the giants as you kite them to death.

This game has zombie apocalypse looting for resources like food, water, weapons, and anything goes as you try to keep yourself alive than when you meet others. The goal of the game is revealed to create a safe zone from the undead. You should gather your things and set off from dead zones because they are hard to come by and even harder to create.

You hear an alarm blare as the announcement goes over the intercoms, tsunami is approaching get to higher ground. You should practice surviving when a tsunami is incoming through this game.

There are 75 maps, you must get to the shelter as fast as you can to earn points and avoid the sharks that are pushed to the higher ground because of the rising tide. Navigate your way through the cityscape to get to the tallest point.

Each time you succeed earns you points and you can use it to buy items to help you on your next run. It is never the wrong time to practice for a natural disaster.

Speaking of surviving natural disasters, this comedic take on surviving a natural disaster puts you in a free-for-all survival game avoiding falling objects. As they were picked up by the last disaster. You should outlive other players or even bump into them to push their deaths and run around the map by avoiding the large shadows showing the incoming objects.

You can expect more events will occur from blood to fires to test your luck as in the final rounds of the disaster lighting will begin to rain from the skies either take cover or show everyone that luck really does matter in gaming.

Like the previous entries in this game, surviving a natural disaster in a flash flood. This tests your parkour skills and ability to analyze a map and see the way through within a short amount of time. You have to survive by avoiding lava or acid as the water levels rise zipline wall. Now you should run and slide your way through 36 unique levels.

If you wanted to practice your parkour or just speed up into obstacle courses, then this survival game is the real motivator for you.

The final game in our list has put you against the slasher, a killer chosen from a selected pool with the goal to murder you and every other player on the map. There are many maps to play on as you hide, run and do anything you can to survive an encounter with the slasher. This map is large enough that you might even have time to find secrets or mysterious chests while on the run. So drop all the pretenses and book it because your survival comes first and everything else comes second.

How To Keep Your SEO Results During a Website Redesigning

How a Boat Tracking System Can Benefit You